Vancouver (The Star) – The Prime Minister’s Office has confirmed that a letter from Justin Trudeau circulating on social media, showing his support for a new and controversial non-profit promoting Tibetan reunification with China, is fake.

The Tibetan Association of Canada held a large inauguration celebration in Toronto on April 20, attended by a number of local politicians. In response to a Chinese-language media report stating that Trudeau and Minister of Immigration Ahmed Hussen had sent letters of support to the association, both offices said those reports are incorrect and are looking into the matter.

“A letter of greeting was not sent by the prime minister to the Tibetan Association of Canada. Our office is looking into this matter further,” said Amreet Kaur, press secretary at the Prime Minister’s Office.

It’s unclear who created the letters, which contain grammatical and spelling mistakes and were shared on Facebook and Twitter. The association does not appear to have a website and could not be reached for comment. A politician who attended the inauguration declined to share the contact information of the people who invited him.

Six Tibetan organizations in Ontario, Quebec, Alberta and B.C. released a joint letter Tuesday to “strongly object” to the formation of the new group, which they say does not reflect the views of many Tibetan-Canadians.

“We are appalled that a fake letter of support from the Prime Minister of Canada is being used to mislead Canadians,” the letter said. “As well, it is misleading senior Canadian officials into thinking that this new group actually represents Tibetans in Canada.”

Huawei may be awakening Canadians to real threats of the world, says former spymaster

Toronto City Councillor Jim Karygiannis and Vincent Ke, Ontario PC Party member of provincial parliament, were both in attendance at the inauguration.

Karygiannis told the Star Vancouver he attended the event because several organizations invited him.

“I realize this could be a touchy subject … and as far as politics inside China, I’m not interested,” he said.

honour 2 attend the Inaugural Tibetan Ass. of Cnd Dinner and Gala event. All the best in the years ahead #ward22 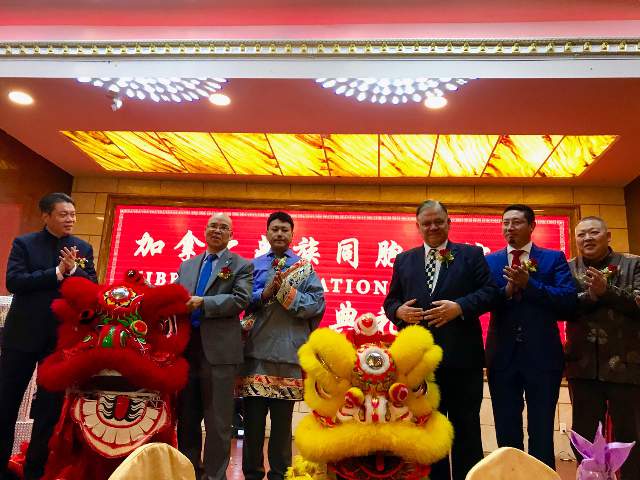 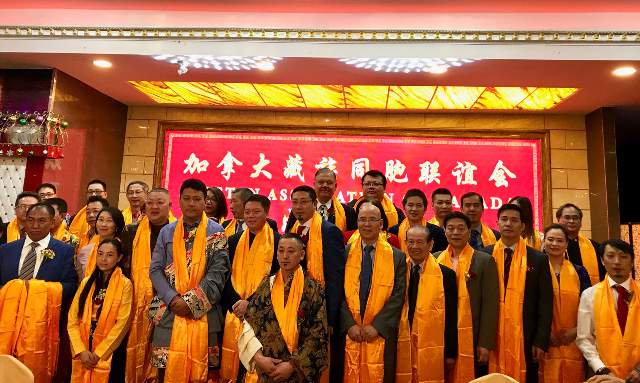 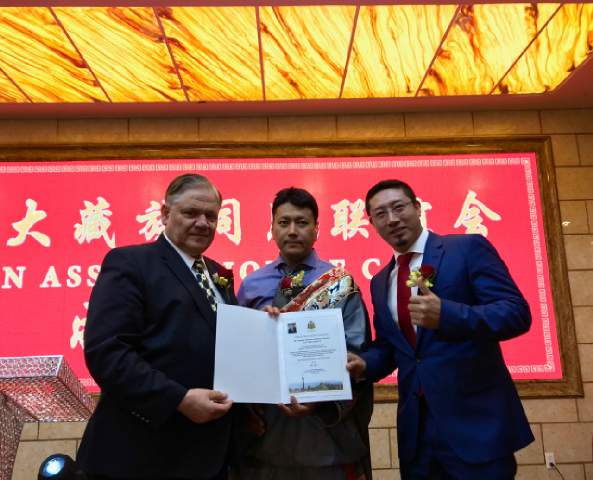 Meanwhile, Ke said he attends “a number of events within the constituency” and enjoys the opportunity to “get out and meet with the people, to hear their concerns and listen to how the Ontario government can make life more affordable for families while protecting the services we all hold dear.”

The first president of the new Tibetan Association of Canada, Dorjee Tenzin, spoke at the inauguration in English and Mandarin, touting the contributions made by the Chinese government in Tibet along with improved religious rights, according to a recording of his speech posted online.

“The purpose and aim of our organization is to persist in reunification and oppose separation,” Tenzin said in the video recording.

However, the coalition of Tibetan organizations cited a survey from Freedom House, a U.S. human-rights advocacy group, that has “consistently ranked” Tibet as the second least free region in the world.

To avert a likely succession crisis after the Dalai Lama dies, observers say, Beijing has stepped up a global campaign to discredit the 83-year-old Buddhist leader and suppress support for Tibetan independence.

“From demonizing the Dalai Lama in the present to baselessly insisting it will choose his successor in the future, the Chinese government is stooping to new lows trying to limit Tibetans’ religious freedom,” Human Rights Watch China director Sophie Richardson told the Star Vancouver.

China doesn’t recognize the Tibetan government-in-exile and accuses the Dalai Lama of seeking to separate Tibet from China.

At an event in New Delhi earlier this month, the Dalai Lama said he was not seeking independence for Tibet but rather a “reunion” with China under mutually acceptable terms.

More than 150 Tibetans have self-immolated in protest against China since 2009, according to the India-based Central Tibetan Administration, Tibet’s parliament in exile.

Last June, Bhutila Karpoche made history as the first Tibetan ever elected to public office in North America. The rookie NDP candidate won Toronto’s Parkdale-High Park riding by a wide margin. And in February, Toronto police began investigating the flood of online abuse that Chemi Lhamo received after being elected University of Toronto student-union president.

“Articulate, social-media savvy younger Tibetan-Canadians are participating in politics and getting high positions in society, so I think the Chinese government thinks, ‘Oh my God, we need an alternative voice on Tibet in Canada,’” Shakya said.

With files from the Associated Press

By Jenny Peng and Joanna Chiu