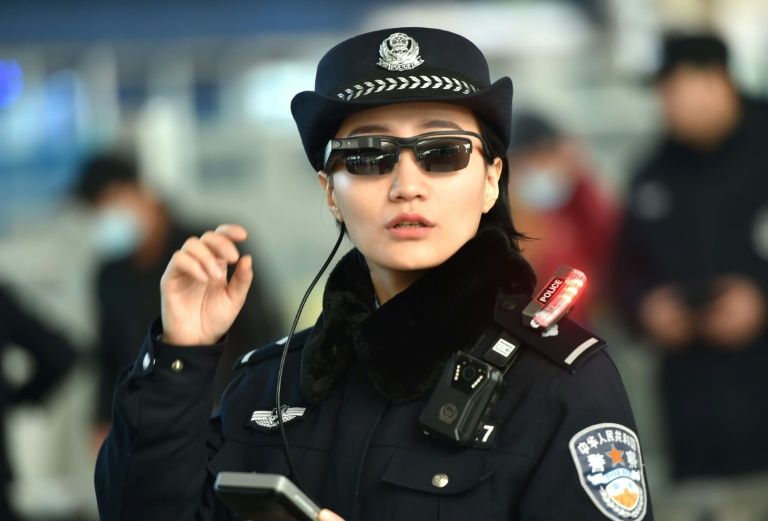 Beijing (AFP) – As Xi Jinping embarks on a potentially lifelong presidency, activists fear that the Chinese leader’s promise of a “new era” sounds the death knell for human rights under an increasingly digital-savvy police state.

The Chinese government has severely reduced space for civil liberties since Xi took power in 2012, and authorities are developing new technologies to keep the vast population in check.

They include include facial recognition software as well as a “social credit” system for good behaviour — eerily similar to an episode of Netflix’s sci-fi hit “Black Mirror” that depicted a dystopian society governed by such scores.

Ye Du, a poet and activist who lives in southern Guangdong province, warned that China is entering a stage of “high-tech totalitarianism” in which most citizens will feel the psychological impact.

“The Chinese Communist Party has begun to pay more and more attention to cloud technology, monitoring technology and other tools, trying to integrate the most cutting-edge technology for the monitoring of the behaviour and thoughts of the people,” Ye told AFP.

Xi’s move to stay in office beyond the end of his second term in 2023, rubber-stamped this week when parliament abolished term limits, triggered a rare bout of criticism on social media.

Censors blocked dozens of phrases such as “I disagree” or “emperor”, in an illustration of their resolve to maintain stability, backed by a massive increase in domestic security spending in recent years.

Last month, some police began to don high-tech sunglasses that can spot suspects in crowded areas, the newest use of facial recognition technology that has drawn concerns among human rights groups.

The glasses send people’s images to a database that checks their personal information.

It is part of China’s efforts to build a digital surveillance system able to use a variety of biometric data — from photos and iris scans to fingerprints — to keep close tabs on the movements of the entire population.

A group of legislators suggested during the parliament session that iris recognition be added to the country’s national identity system, including for passports, according to state-run media.

On the web, China has further tightened its “Great Firewall” with new restrictions on what can be said and shared on social media — all in the name of protecting national security.

Some 13,000 websites have been shut down or stripped of their licenses since 2015 for violating the rules.

Dozens of Chinese internet users have been imprisoned for crimes linked to their social media posts including “inciting subversion of state power” or “provoking quarrels and stirring up trouble” in recent years.

The Chinese state is also experimenting with pilot “social credit” systems to evaluate the trustworthiness of citizens based on a wide range of behavioural data, and reward or penalise people accordingly.

According to a State Council document introducing the initiative in 2014, the system will “forge a public opinion environment where keeping trust is glorious” and will go national by the year 2020.

Ye called the policy a “new type of totalitarian society control” that completely “digitises” people, from their shopping habits and criminal records to social networks and private lives to “judge their position in society from the perspective of those in power.”

Private internet companies including Tencent and Alibaba have also rolled out social credit systems to score users and give out perks to frequent online shoppers.

While it is unclear whether companies are handing over users’ information to the government, authorities are likely to make “highly subjective” judgements based on blanket data collection, said Shazeda Ahmed, a Berkeley doctoral candidate who researches China’s social credit system.

Earlier this month, government agencies published a notice on the establishment of a social credit system to prevent “untrustworthy persons” from boarding civil aircraft.

Amnesty International China researcher Patrick Poon told AFP the new measures mean that “nobody can really enjoy their freedom of movement as they are de facto under surveillance anywhere in China.”

“It will haunt everyone with the fear that you don’t really have any privacy and you can be accused of anything silly at any time as the government wishes,” he said.

Pro-democracy activist Hu Jia was placed on a “forced vacation” thousands of kilometres from Beijing during the two-week National People’s Congress session.

He has been under house arrest and constant police surveillance since 2013. Hundreds of lawyers and activists have been detained in the past five years.

“The new emperor is a tyrant. The five years we’ve been through have been brutal for human rights,” Hu told AFP after being allowed back to his home in Beijing on Tuesday.