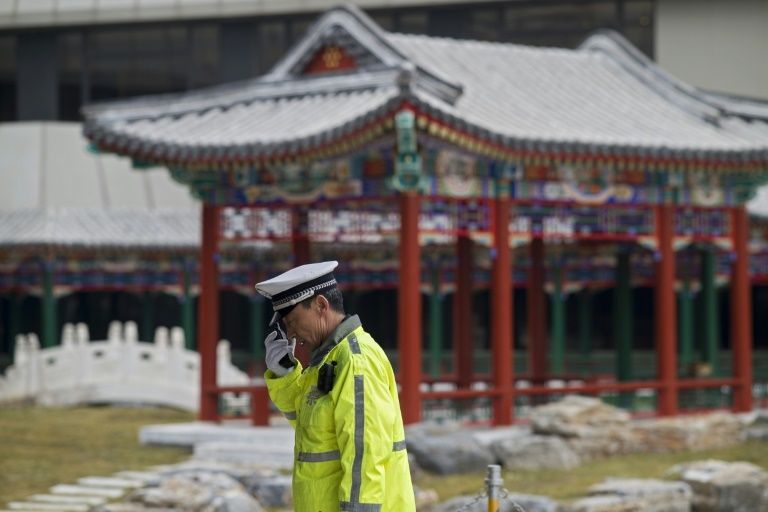 Beijing (AFP) – President Xi Jinping’s bid to rule for life has stunned many people in China. It left retired state-owned newspaper editor Li Datong cursing in a foreign language in a crowded mall.

Belying Communist Party claims that “the masses” unanimously support the removal of presidential term limits, many Chinese like Li have disregarded censors to complain about the move as the rubber-stamp parliament prepares to approve it on Sunday.

Li was shopping for bread with his son last week when the announcement popped up on his phone. Shoppers stared at him as he cursed in English.

“It was so sudden. I didn’t believe he would do it, but he did,” said the 66-year-old former China Youth Daily editor.

Li garnered international attention after penning an open letter urging the National People’s congress (NPC) to reject the constitutional amendment, warning that it would “sow the seeds of chaos”.

“If you don’t speak up, they will think we all agree,” Li told AFP.

He is not alone. His missive ricocheted around social media last week — until censors caught up.

The claim that the masses unanimously approve the measure is in the text of the amendment introduced at the opening session of the annual NPC meeting on Monday. The handpicked legislators are all but certain to vote “yes” on Sunday.

But many in China — from businessmen and women to teachers, religious leaders and retired officials — have been voicing discontent, either in private or through social media and interviews with foreign media.

The horrors of recent history — unleashed on the populace by the unquestionable authority of Chairman Mao Zedong — are remembered by many.

Censors have worked furiously to silence any voice of dissent since the official Xinhua news agency made the party’s plans public on February 25.

Li said thousands of emails of support had flooded his inbox, until one day they all mysteriously disappeared. During the interview in a coffee shop, two policemen hovered outside, at one point inspecting a pot of flower tea ordered for the table. It was never served.

Sophia Huang Xueqin, a feminist activist based in the southern city of Guangzhou, saw Li’s letter and reposted it to her WeChat social media account, adding her own take.

“Even my older relatives back home are talking about it,” she wrote, “They called me to ask will Xi be the next emperor?”

Later that day, her WeChat account was shut down, with a message saying she had posted “illegal material”.

Han, an avid Weibo user, had built up an audience of more than 25,000 followers until he reposted the Xinhua story, adding “I earnestly don’t agree.” Two reposts later, his account was shut down, he said.

“We’ve seen many times the abuses that occur when a chairman rules for life,” Han, who declined to give his full name, told AFP. “Every time there is huge national damage.”

Religious leaders too are concerned about the decision to lengthen Xi’s rule.

“We’re regressing back to the period of the Cultural Revolution,” said an Imam based in northwestern Gansu province.

“It’s like the Deng Xiaoping era never happened, like the period of reform and opening up didn’t do anything,” he said, referring to the late leader who championed “collective” leadership and an orderly succession process following Mao’s chaotic rule.

Beijing-based activist Hu Jia said the party will not allow any other voices to speak up.

“That’s why I was cleared out of Beijing,” Hu said of the security apparatus which he said sent him away to the southern city of Zhongshan for the duration of the two-week congress.

The legislators convening in Beijing’s Great Hall of the People have shown no signs they will vote down the revision as they enthusiastically applauded the amendment when it was presented on Monday.

“I’m very emotional. I think the current leadership has done so much to help ordinary people,” said Tang Nong, a delegate from the southern Guangxi province.

“I firmly support Xi Jinping staying on as general secretary. His leadership has brought good, tangible results,” Tang said, noting he had not heard any criticism of the changes.

“A stable leadership is important,” said Ling Wen, an economic delegate to the congress.

“I support Xi serving longer. He’s a good leader. There’s no problem,” he said of the constitutional changes.

Li, the retired editor, knows there is little chance that legislators will reject the amendment.

“Under this type of system can there be hope?” he asked, answering: “There’s no hope.”

“At the very least when they raise their hands, I want them to consider how this will be remembered by history,” Li said.

“This will be a mark of shame on their voting record that they will have to tell their children and grandchildren about.”

By Ryan McMorrow and Joanna Chiu