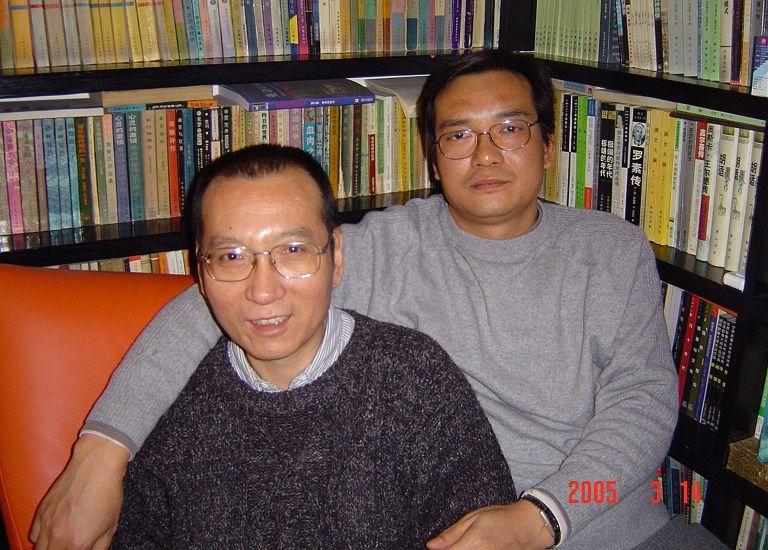 Liu, who was awarded the Nobel Peace Prize in 2010 while serving an 11-year sentence for subversion, has been transferred from prison to a hospital on medical parole for terminal liver cancer treatment, his lawyer said Monday.

The 61-year-old is one of China’s best-known activists, having spent decades campaigning for greater democracy and human rights in the country, and his jailing in 2009 drew global calls for his release.

Prison authorities said Liu was under the care of “eight renowned Chinese oncologists” at a hospital in Shenyang city, the capital of the northeastern province of Liaoning.

Activists said the move was not a humanitarian gesture but rather a cynical attempt by authorities to avoid a backlash for allowing such a high-profile human rights defender to die behind bars.

“Presumably they didn’t want him to die in the prison — they want him to die somewhere else,” said Sophie Richardson, China director at Human Rights Watch, who described Liu’s treatment as a “travesty”.

Blind human rights lawyer Chen Guangcheng, who fled to the United States in 2012, said: “If Liu died in prison this would arouse the anger of the people and accelerate the demise of the CCP (Chinese Communist Party).”

“The international community can see that China has no human rights when even Nobel prize winners have been treated like this,” Beijing-based lawyer Yu Wensheng said, adding that when Liu dies it will be “a heavy blow” for China’s human rights movement.

China has long been criticised for its harsh treatment of activists and dissidents but since President Xi Jinping took power in 2012 the controls on civil society have tightened.

Campaigners say it is impossible to know the exact number of lawyers and activists in detention because many are held incommunicado with no access to legal advice or their families.

In the summer of 2015 hundreds of legal staff and activists were detained under the so-called “709 crackdown”, which was the toughest against civil society for years.

Most of those rounded up were released on bail but last year courts found six of them guilty of serious crimes, with sentences ranging from no additional jail time to seven years in prison.

Wang Quanzhang, one of several leading rights lawyers whose fate remains unclear, was charged in January 2016 with “inciting subversion of state power” and “picking quarrels and provoking troubles” but he has not yet stood trial and has been denied access to a lawyer.

Chinese courts have a conviction rate of 99.92 percent and there are growing concerns about the use of torture to extract confessions and the lack of effective defence.

“The crackdown on human rights defenders and activists has been getting more serious,” said Patrick Poon, China researcher at Amnesty International.

The exact conditions of Liu’s parole are not known but activists said he would likely be kept under police surveillance. Close friends of his told AFP his wife, Liu Xia, who has been under house arrest in Beijing since 2010, has been allowed to visit him.

The US embassy in Beijing on Tuesday called on China to release the couple and allow Liu to choose his own doctors.

“Liu will never be free. He will still be tightly controlled by the Chinese Communist Party as his wife has been for so many years,” Chen Guangcheng said.

Activists are demanding to know whether Liu received any medical treatment while he was in jail and why he was not given parole earlier.

“It’s very difficult to understand why his illness is only being treated at the last stage,” said Poon.

But Richardson said China had a history of allowing “peaceful critics to become gravely ill and sometimes die in detention”.

Among them are Tibetan monk Tenzin Delek Rinpoche who was 13 years into a life sentence for terrorism and separatism when he died in prison in July 2015.

Chinese dissident Cao Shunli passed away in custody in March 2014 after allegedly being denied medical treatment for months.

“If Xi is going to stand up in public and say that China is a country governed by rule of law, how has this been allowed to happen,” she said, calling for China’s president and other officials to be held accountable.