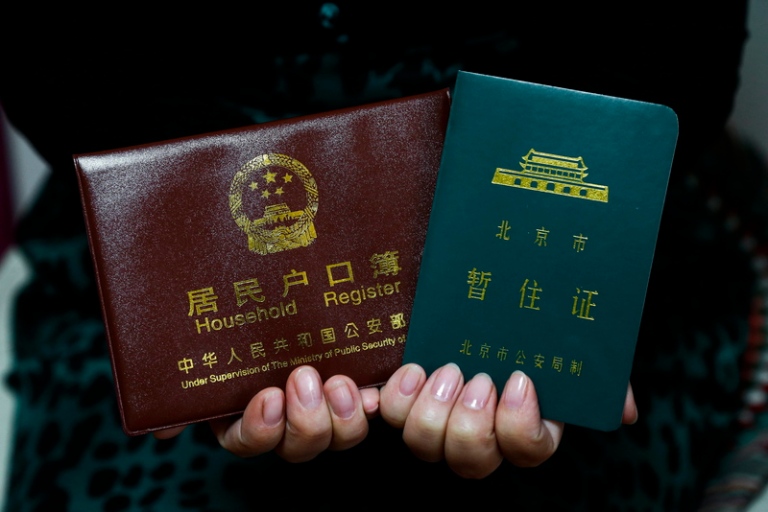 Beijing (dpa) – When Zhang Jing’s neighborhood was named a pilot zone for a government scheme where migrant workers could earn points toward resident status, she thought it was the stroke of fortune her family had been waiting for.

Born in a small town in south-eastern Anhui province, Zhang moved to the capital city alone at age 19 to look for work. She has since risen through the ranks at a shipping company and earns a comfortable middle-class salary of 20,000 yuan (3,223 dollars) per month as a manager.

Now 35 and married with a 3-year-old daughter, Zhang’s main priority is her child’s future, and that could mean leaving her well-paid job and spacious home behind.

“My husband and I would have to go back to our hometown when my daughter enters middle school if we cannot get a hukou in Beijing by that time,” said Zhang, a slim woman who wears her hair in a ponytail.

Most internal migrants in China are left in limbo by a controversial household registration, or “hukou,” system that leaves them as “temporary residents” without full access to welfare services and educational opportunities even decades after they move to other cities.

While Zhang’s family receives healthcare from her company, the daughter does not have the same access to education as her peers. The most prestigious universities in the country are in Beijing and competition for the relatively few number of spots allocated to students from other provinces is fierce.

“If not for this, why would we go back? Most of our relatives have moved to Beijing already. We know barely anyone in Anhui,” Zhang said.

But she is hopeful because the family’s neighborhood in east Beijing, Tongzhou, is one of 62 cities and regions in the country slated to run a pilot programme to give some migrants full rights.

Under the plan, “anyone living in the district with a legitimate job will be eligible for the credit system,” according to a February report from China’s official broadcaster CCTV News.

Tongzhou residents can earn credits according to how many years they have been paying social insurance, and how long they have been settled in the city, the report said, without giving further details.

The neighborhood is a mostly residential area of high-rise apartment blocks, and its location about a half-hour drive from Beijing’s central business district makes it popular among young professionals who cannot afford to live downtown. About 40 per cent of more than 1 million residents in Tongzhou do not have a local Beijing hukou, according to state media reports.

There are approximately 8 million migrants in Beijing’s total population of 21 million, according to 2014 city government statistics.

Migrants living in Tongzhou say they are anxious to learn more about the programme but have not been able to get any details from government agencies.

“What do they mean by earning points? My husband and I own a home and have steady jobs and pay taxes but we are worried that is not enough. I’ve only gone to middle school and I think they will only accept the highly educated,” said Guo Xiaowei, a 32-year-old Tongzhou resident who moved to Beijing 16 years ago.

Guo is from the Inner Mongolia autonomous region of China and works as an administrative assistant earning 6,000 yuan each month. Like Zhang, the main reason she longs for a local hukou is so that her family could stay in Beijing instead of moving back home for the sake of her daughter’s education prospects.

Du Peng, professor of population studies at People’s University in Beijing, said hukou reforms will not cause a massive number of people to move to bigger cities.

“The pilot policy in Tongzhou and other areas might be set up to quite a high standard and would benefit only some high-end migrants with stable careers and high income,” he said.

“Every year the number of people who would be able to get local hukou will be very limited,” an officer at the population office of the Beijing Development and Reform Commission said, adding that the details will be released by the end of the year.

For the lowest class of migrants living in Tongzhou, getting Beijing hukou is such a remote possibility they say they are grateful just for the chance to reside as temporary residents.

“My company does not give us food or accommodation and if you get sick, no one cares,” said Laochai, a 50-year-old gardener from a rural area of Hubei province who has lived in Tongzhou for 14 years.

“But they pay us 80 yuan every day we work. For me the hukou does not make any difference. I will go anywhere I can earn money,” he said.