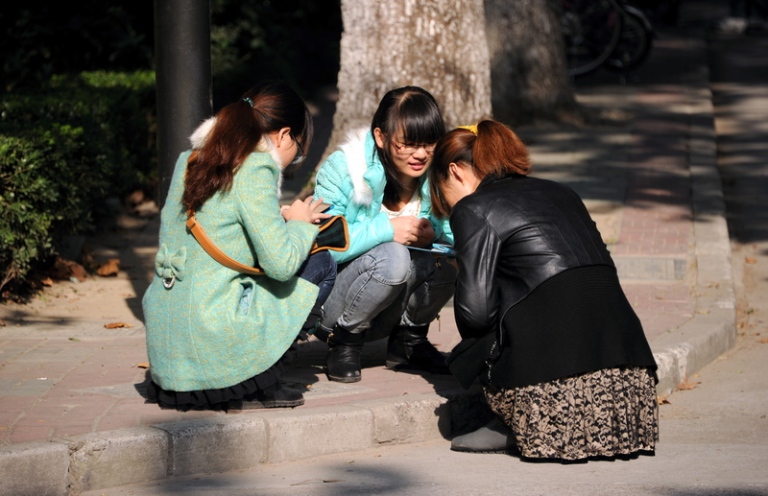 Beijing (dpa) – Foreign relations student Cai is no fan of being told what books he can – or rather cannot – study for his degree at the North China Institute of Science and Technology.

“They are trying to make us accept their fixed ideology,” says the 21-year-old who only wanted to be identified by his last name. “I really don’t like it.”

Cai is sceptical of new guidelines from the country’s education minister banning books that promote “Western values,” and he is far from the only one.

“Studying only the culture of China cannot compare to being exposed to other cultures and learning from them,” said Isaac, an 18-year-old finance major in Beijing, who gave only his English name.

“It’s much too strict,” said a student from Liaoning province who did not want to be named. “The government should relax a little.”

Yuan followed up with an essay in an elite party journal this month warning that “young teachers and students are key targets of infiltration by enemy forces,” who have stepped up efforts to influence them.

Such ramping up of the rhetoric around education may be one reason why most of the two dozen students interviewed by dpa did not give their full names, stating a fear of retribution or damage to their future careers.

Students were at the forefront of the biggest challenge to China’s Communist Party in 1989, which ended in the bloody army crackdown in Tiananmen Square. Hong Kong’s pro-democracy protests last year were likewise led by students.

Human rights advocates say the Education Ministry’s directives are the latest sign that academic freedom is being targeted in Xi’s ideological campaign, which has until now focused on the media and online speech.

“At the heart of this escalating crackdown on civil society is greater emphasis on ideological control and the supremacy of the Party,” said Maya Wang, China researcher for Human Rights Watch.

“How can he say something that makes no sense? Did Marxism not come from the West? … It is difficult to distinguish between knowledge that comes from the West and what is from the East,” he told dpa.

“It is just like a new Cultural Revolution is coming,” Mo said, referring to a dark period of widespread persecution – especially of the educated classes – in China between 1966 and 1976.

But the government’s harder line may not have the desired results, according to many students who spoke to dpa.

Those proficient in English said they plan to take free online courses offered by US schools such as Harvard, Berkeley and the Massachusetts Institute of Technology.

“As a university student studying art and design, I need to understand Western culture and civilization so I’d have to find my own books or learn via the internet,” said Pan Yubing, 20.

Others say they are now more interested in seeking opportunities to study abroad.

“The environment in China seems not good for professional development. I want to go out and broaden my horizons,” said a female student with the surname Zhou at Shenyang University.

More than 274,000 Chinese were studying in US universities during the last academic year, according to the Institute of International Education, making up the largest group of foreign students in the US.

In contrast to their students, university professors appear less concerned by government pronouncements targeting their own institutions.

“The Chinese Communist Party has long held the principle of promoting its ideology in schools,” said Shi Yinhong, professor of international politics at Renmin University in Beijing.

“With the new regulations maybe certain majors such as philosophy would be impacted but professors will just have to adjust to meet the requirements,” Shi said.

Some universities, including Peking University, one of the nation’s most prestigious, pledged allegiance to the party’s directives earlier this month.

“Chinese universities are universities with socialist quality, so of course we should stick to socialist education … and defend the socialist state interests,” the school said on its website.

The stricter regulation of educational institutions follows a reported strengthening of China’s internet censorship, known as the “Great Firewall.”

Increased disruption to virtual private network services, which can bypass internet controls, come on top of longstanding restrictions such as the blocking of Google Scholar, a search tool for academic literature.

Renewed political pressure on their studies, and restricted source materials are making the future appear bleaker to some of China’s students.

“It may not have the biggest impact on my life personally,” said Guan Pingyi, who studies advertising.

“But it does seem like our society is going backwards,” he added.