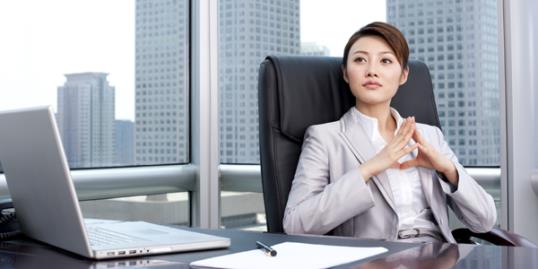 In China’s biggest cities, well-educated women in their 20s are turning down promotions at work or even quitting their jobs, fearing they might become too old or too successful to find a husband. Their insecurities are stoked by government campaigns accusing single women of being sexual degenerates with unrealistically high expectations of men.

While life wasn’t necessarily better in the early days of communism, there wasn’t a wide wealth gap between the sexes, and the state did not encourage early marriage. Now, intense pressure on professional women to either rush into marriage or stay in unhappy unions means that much of the mainland’s newfound wealth is controlled by husbands and rates of domestic violence are alarmingly high, according to data analysed in the book.

Former journalist Hong Fincher was largely responsible for introducing the Chinese term sheng nu, for unmarried, “leftover” women over the age of 27, to the world with a 2012 op-ed in The New York Times. In the article, she noted that the earliest mention of sheng nu on a government website came shortly after the government appointed the All-China Women’s Federation in 2007 to help “upgrade population quality” in response to “population pressures”.

Since then, state media has published scores of reports aimed at shaming “high-quality” women into marrying and having a child for the good of the nation. A 2011 Women’s Federation column stated: “Many highly educated ‘leftover women’ are very progressive in their thinking and enjoy going to nightclubs to search for a one-night stand … It is only when they have lost their youth and are kicked out by the man, that they decide to look for a life partner. Therefore, most ‘leftover women’ do not deserve our sympathy.”

Meanwhile, there is an overabundance of Chinese men struggling to find wives because of factors such as the one-child policy. But Hong Fincher notes that the millions of unmarried men tend to be uneducated and poor; their bachelor status is seen by the state as a threat to social stability. “Chinese men continue to enjoy a privileged position in society in spite of the sex ratio imbalance. It is easy to see the rationale for a campaign playing on the natural insecurities of single women instead,” she writes.

The book contains fascinating interviews with men and women mostly living in Beijing and Shanghai, where residential property is the most expensive. In Beijing a 25-year-old with a covetable government job gave her life savings to her boyfriend so he could buy an apartment – in his name alone – in preparation for marriage, saying she felt she had to “compensate” for her success by ceding ownership of their home. She now has little legal recourse should she get divorced.

Studies show that women without secure housing are more likely to stay in an abusive marriage. These factors lead to women being shut out of what Hong Fincher considers the biggest accumulation of residential real-estate wealth in history, valued at more than US$27 trillion in 2012.

Hong Fincher’s success in publicising her research over the past two years might have the unintended effect of dampening interest in her excellent book, with media outlets having already jumped on the absurdity of a 27-year-old being branded an old maid in China. But it would be unfortunate for this topic to be labelled passé. Leftover Women shows that marriage pressures have extremely damaging social and economic consequences.

It is a must-read for anyone interested in the modern condition of Chinese women.