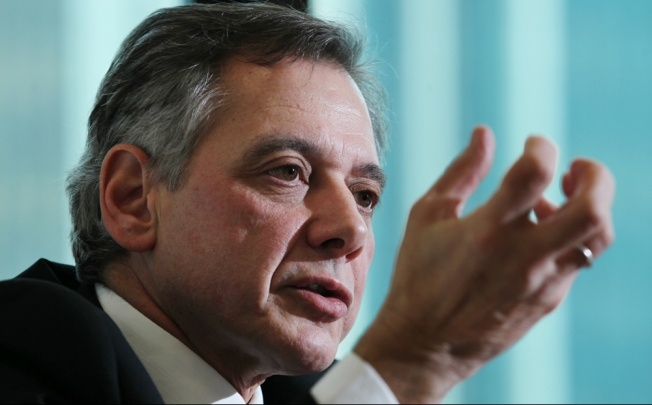 The city’s chief prosecutor says victims of indecent assault in some cases should show their attackers compassion if it is their first offence.

“Men will actually respect women more if they see women showing compassion to them and realising they are better off without a conviction,” Director of Public Prosecutions Kevin Zervos said in an exclusive interview with the Sunday Morning Post.

Zervos made a public commitment to show compassion for first-time offenders last year and he said the approach also applied to indecent assault cases. He urged victims not to view light sentences as their attackers getting away with it.

“There’s this boy-girl thing in life,” he said. “You have young men and women out there interacting socially. And when an incident happens and a man gets carried away … is it social misbehaviour or is it a crime?

Zervos was responding to complaints to the Post that the city’s prosecutors and judges were overly lenient with sex offenders. His comment also follows Secretary for Security Lai Tung-kwok’s remark last month that women should drink less alcohol to avoid being raped.

In Hong Kong, indecent assault cases heard in magistrates’ courts are usually dealt with by fines or a bind over – a good behaviour order under which charges are withdrawn as long as the offender agrees to abide by the court’s terms. Failure to comply carries a penalty of six months’ imprisonment, according to the Magistrates Ordinance.

A victim of indecent assault told the Post that she recently felt pressured to agree to a binding-over order, only to find out later it wasn’t up to her. Her assailant admitted his wrongdoing in court and agreed not to commit another sexual assault under the bind-over order.

The victim said: “It was confusing because the police repeatedly asked me whether I’d be willing to go for a bind over and gave me the impression that I had the decision.

“Afterwards, I found out it was up to the prosecutor. I found it frustrating because I went through all that hassle and it was an intimidating experience.”

Puja Kapai, deputy director of the Centre for Comparative and Public Law at the University of Hong Kong, said: “If [assaults] are downplayed as youthful folly because the man deserves to be protected from the damage a criminal record can do, does a victim of sexual assault not deserve an acknowledgement on record that she was wronged and to see the perpetrator punished so that she can heal?

“When the legal process trivialises such incidents, the message that goes out … is that assailants can get away with it.”

Zervos stressed a binding-over order was not a let-off. He said he personally takes on cases he thinks are appropriate for bind overs because he believes the practice will help “steer people away from crime”. He said he always discusses the matter with victims even though it is the prosecutor’s decision in the end.

“With a conviction, the worse [indecent assault offenders] would usually get is a fine and no more,” he said. “At least with this procedure, the person is required to admit his wrongdoing in open court and undertake to be of good behaviour for a specified period of time.”

Barrister Mark Sutherland agrees. “Greater use should be made of bind overs. Bind overs are a practical way of dealing with less serious offences.”

Last year, of 646 indecent assault cases heard in magistrates’ courts, 16 were dealt with by bind overs, according to figures from the Department of Justice. Zervos said the measure is reserved for the least serious crimes.

Zervos’ support of greater compassion for first-time offenders comes amid global debate on how to best prevent crime.

Linda Wong Sau-yung, the director of the Association Concerning Sexual Violence Against Women, is concerned that if victims think prosecutors are going to be lenient towards sexual offenders they will not bother going to the police. Only 50 per cent of victims report assaults and rapes, according to the association.

“I do not object to showing mercy to first-time offenders,” said Wong. “But something more has to be done to prevent the abusers from committing the crime again, such as mandatory counselling.”

Following the publication of a front page story in the Sunday Morning Post of June 9, 2013, the Director of Public Prosecutions, Kevin Zervos, has asked us to clarify that his view is that non-custodial bind-over orders should only be used in a tiny minority of the least serious cases of indecent assault. The South China Morning Post apologises for the misleading headlines which appeared alongside both the print and online versions of the story.