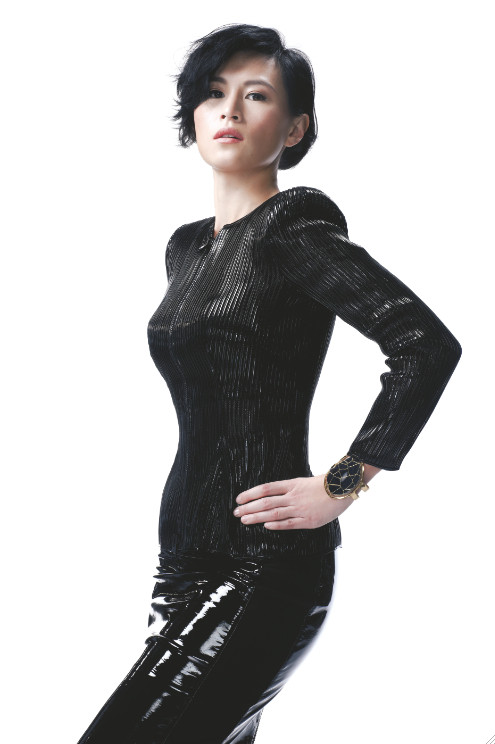 After her father’s dowry offer became a global sensation, the low-key executive was forced out of the closet – emerging as a powerful activist

This was published in the South China Morning Post on April 11, 2013.

At HK$500 million, it was an offer that turned heads all around the world: a father’s reward for the man who could marry his daughter, who happened to be gay.

It forced Gigi Chao, 33, out of the closet and into the middle of a global media frenzy as the world’s most famous lesbian. Now she has emerged as a new leader in the fight for equal rights for Hong Kong’s gay and transgender community.

“I had to get over the shock of suddenly being thrown out of the closet, but I realised it was an opportunity to set a good example,” Chao said in an interview with the South China Morning Post.

She takes a tough line. “Hong Kong is horrible at accepting and welcoming diversity,” she said.

“There’s a lot of discrimination against people who are different, because they make people feel scared and uncomfortable.”

Eight months later, she said her father – who is divorced – has ignored pleas to withdraw the offer and she is still getting piles of marriage proposals every day. “They’re like, ‘Hi, I’m Australian. Look at my abs,'” she said, rolling her eyes.

Chao now describes herself as an activist for lesbian, gay, bisexual and transgender (LGBT) rights after previously avoiding politics – even while helping orphans, the mentally ill and impoverished elderly with her Hong Kong charity Zizi Workshop.

“If more media ended up covering LGBT issues in a positive way or more people felt inspired to come out of the closet, then I’d be flattered to have made a difference,” she said.

She and Ho will tonight address a Chinese University forum aimed at inspiring the next generation of leaders in Hong Kong. It has been organised by the university’s chapter of the global youth network AIESEC and will focus on LGBT issues.

Chao said people can fear what they don’t understand. “A gentleman approached me at an event once and we agreed to get together later to talk,” she added. “The next time I saw him in private, he came as a woman.

“At first, I admit I was a bit repulsed and confused because I had experienced her first as a man. But after we started to talk, I began to understand how stupid my earlier feelings were.”

Chao believes society will not progress if people aren’t willing to confront issues. “If the government can provide a safer environment for LGBT people with anti-discrimination legislation, fewer people would have to live a double life. It would be the beginning of an open society,” she said.

Chao, an executive director at her father’s Cheuk Nang property development company, dismissed her old attitude of keeping away from politics. “People in the business community tend to want to let the activists do the protesting and to keep our heads down,” she said.

“Hong Kong ‘high society’ is generous when it comes to donating to charity, but it is meaningless to give blindly without getting involved,” she added.

Last night, Ho said: “Local leaders and celebrities can carry messages much more effectively to the public, so people in those positions should not be afraid to speak out for the underprivileged – but the public has the same responsibility.”

Chao still gets on with her parents and hopes they will one day accept her and her partner having children. “Right now they can’t imagine having grandchildren from two gay daughters [her and Eav] – but having children is what I want.”